Saying you want more of something, but not be willing to talk about what “it” is, seems completely counter-intuitive. But time and again, that’s the case with sex. Why is talking about sex so hard?

I was recently on a podcast hosted by a popular podcaster with multiple shows, many of which appeal primarily to a faith-based audience. In the green room before the show, she was politely trying to set the ground rules for the show to make sure I didn’t cross any lines with her faithful watchers. No F-bombs: check. No pornographic or vulgar references: check. And maybe not heavy on the sex talk, because the show is usually rated G for a family audience.

This sparked an interesting conversation between us, about why talking about sex is considered taboo to this audience. Just because someone is religious, it doesn’t mean that’s synonymous with not talking about sex (any child of the 80s who grew up with Madonna can attest to that!) While writing my book, I came across PLENTY of people who squirmed in their seats at the notion of talking openly about sex. Agnostic Brits. Jewish grandmas. Even middle-aged men blushed at its mention.

This got me curious. Why ARE people uncomfortable talking openly about sex? And not just to strangers. In most cases, with their own partners, many of whom they’ve been with for years?

According to Canadian researcher E. Sandra Byers, the average adult knows only about a fourth of the things his or her partner finds sexually distasteful. Instead of asking, we project our own likes and dislikes about ourselves onto our partners, assuming that they are in alignment. You can see how this could go south (or not) very quickly.

This trio, along with societal mores and familial beliefs, shape a self-stereotype that helps identify your place in the sexual spectrum. “I’m a prude.” “I am a slut.” “I’m a player.”

This stereotype creates a “lore” that shapes action. “Since I am a prude, I don’t want to think about sex.” “Since I am a slut, that means I can sleep with anyone I want.” According to Psychology Today, common sex-related lore holds that: great sex comes naturally; your partner should know intuitively what you want and like; and good sex must be spontaneous.

How confusing it is, and how much do we feel like we’re failing or doing it wrong, because things might not go according to plan but we’ve so deeply bought into this lore?

Our personal lore plays into our “scripts”. Sexual scripts are heavily shaped by the culture and, once internalized, direct our perceptions, expectations, and behavior in sexual situations. In the U.S., males are expected by the common sexual script to “know what to do” while females are expected to be passive and sexually naïve. (full Psychology Today article here) 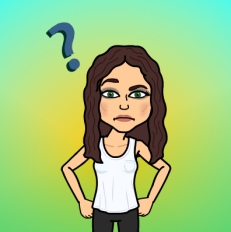 Because we fear that any deviance from the script puts us at risk of rejection, distrust and failure. That we’re not desireable. Not worthy. And unloved. The thought of any of these rocks us to our core. Isn’t is just easier to let others tell us what and who we are, and let our ego-driven brains distance from emotion to avoid getting hurt? #ObviousRhetoricalSarcasticQuestions #HypothalumusSaysSorryNotSorry

Imagine what would happen if we rewound this all the way back? If we educated our kids honestly, and taught them what was what and what goes where, without embarrassment? What if we could self-reflect and healthily explored what we were curious about and enjoyed, without judgement, shame and labels? And what if we communicated openly about sex with our partners, shared with vulnerability our secrets and passions, without fear of being rejected?

That sounds like a pretty safe and loving place to me. #TWSS

3 thoughts on “Why is it hard to talk about sex?”