Advertising is the hardest form of storytelling. For television, in just 30 seconds, there needs to be a beginning, middle and end, all while making the brand the hero of the story. This is why advertising creatives have a long history of taking the easy way out, by relying on gender bias and sex to sell their products (and yes, I realize the irony of this statement, since I wrote a book with sex in the title, but that is different, you will either have to read it or just trust me.)

There is a cultural awakening right now, with storytelling being a very clear reflection of societal sentiment. No longer do we need to count on paid media to distribute our message, thanks to social media proliferation and the power of communities who can take anyone’s message and add their personal spin to it to keep emotions fired high.

This was never more apparent to me until this most recent Superbowl. Notorious for its commercials – why I personally watch the game – the spots aired during the event this year spoke more loudly than ever, declaring in a screaming whisper what I was so, so happy to hear: “It’s time to make a change for humanity.”

No more did we see the spank material of Paris Hilton devouring a Carl’s Jr. burger clad in a monokini, getting soaked with water as she washed a black sports car.

BRA-VAH to Go Daddy, who opted to air a clever spot told from the point of view of a 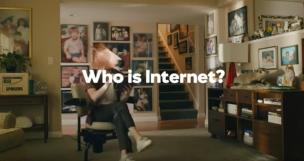 genderless Internet, setting itself up as the hero that delivers all the wonderful things we love the Internet for – viral challenges, animals, and memes – instead of its spots from years past of… wait for it… bikini clad ladies.

Even Mr. Clean offered up a plot twist, trying to flip traditional gender roles by turning the iconic mascot into a 50 shades of grime Mr. Grey (which in my opinion, is still off the mark a bit. If cleaning was really sexy and foreplayish, why don’t they sell rubber gloves and toilet cleaner in the lingerie aisle?!).

I counted at least four spots that were obvious middle fingers to the Trump administration:

Shifts are happening for sexism and equality. It’s reflected in our art, our stories, and the way we are telling them.

And I am more than ready to be a part of it. #TWSS

To grab your own copy of my “Be Your Creative SEXY Self” book, click here.